The first documented inhabitant of what would become the Town of Clarksburg was a Soldier from Fort Massachusetts named Seth Hudson (hence the Hudson Brook naming)in 1749, when he felled a tree just North of Natural Bridge). He was both a Soldier and Surgeon from Fort Massachusetts in the neighboring City of North Adams, who went on to later help found the neighboring Town of Pownal, Vermont.

Captain Matthew Ketchum, Colonel William Bullock, and Nicholas Clark are credited with having originally settled the eventual township in 1769, and the latter ultimately became Clarksburg's namesake due to the birth of a child, thus giving the Clarks one additional vote in the naming of the Town. The town began as a mostly agrarian community, with mills springing up along the waterways in the nineteenth century. The major mills were one to make cashmere, and several mills supplied gunpowder during the Civil War. However, the industry was stopped by the town after one of the mills exploded in 1869 in the area of what was "Sunnysides Lounge", and that section of Town was known for many years as "Powdermill Flats".

Clarksburg was first settled in 1769 by Captain Matthew Ketchum, Nicholas Clark and others. It is related when Colonel William Bullock measured out the grant which bears his name he was compelled, in order to complete his complement of 23,000 to extend it around Bernardston's grant. He intended to reach the Vermont line, but not knowing where it was, and careful not to lose any part of his grant by going into that State, he stopped a mile short of the line, and proceeded westward four or five miles along the north line of Bernarston's grant and [North] Adams.  The part of Bullock's grant which lies north of this grant and town and west of Monroe, together with the gore which separates it from Williamstown and Vermont, originally constituted Clarksburg.  A part of it was annexed to Florida [MA] on May 2, 1848.  originally, the Town contained 10,400 acres. As early as 1829 there were four mills running all year round.  Briggsville, where the earliest post office in the Town was established and had A.A. Lee for its Postmaster.  Clarksburg was officially incorporated in 1798. 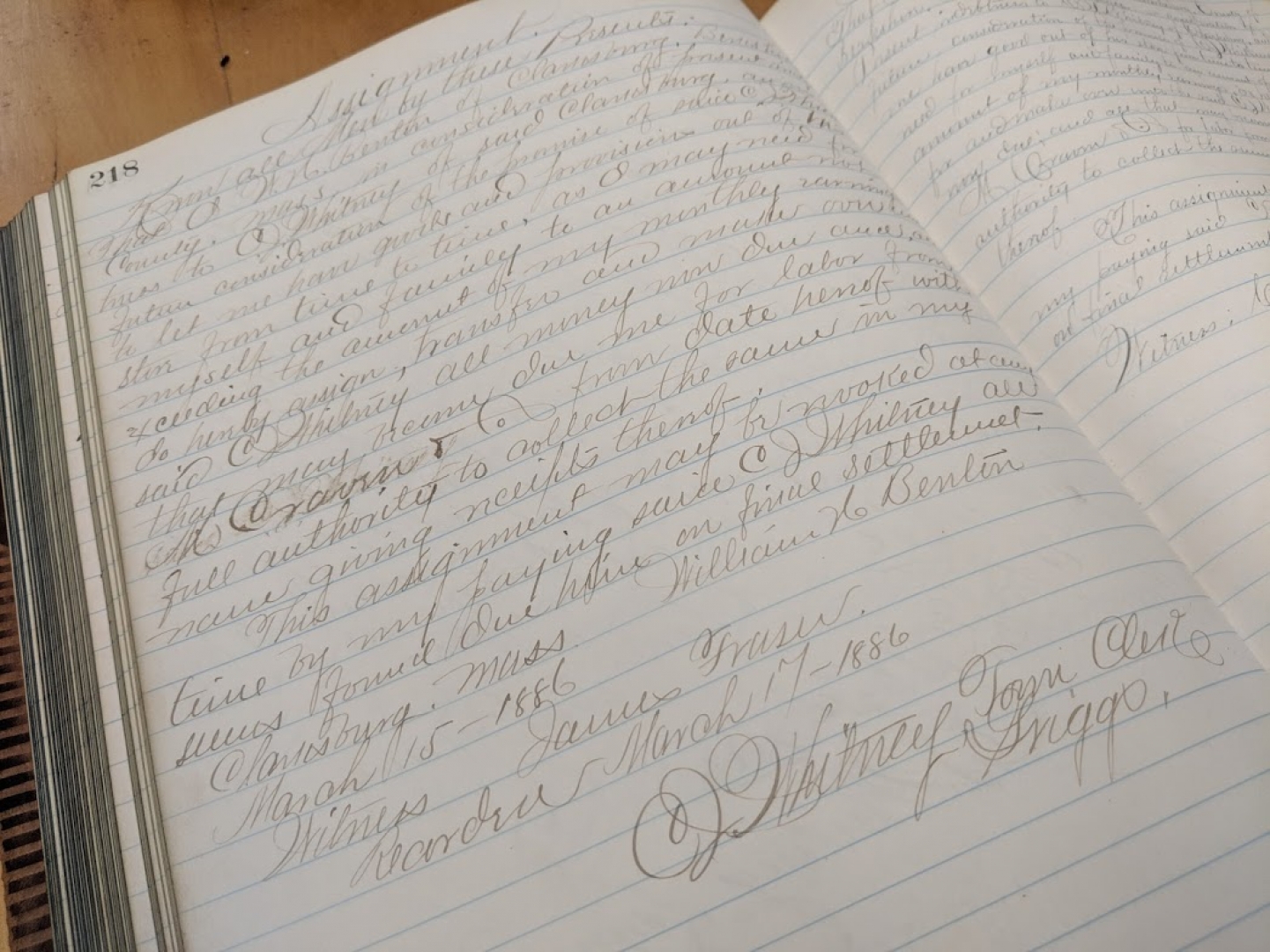